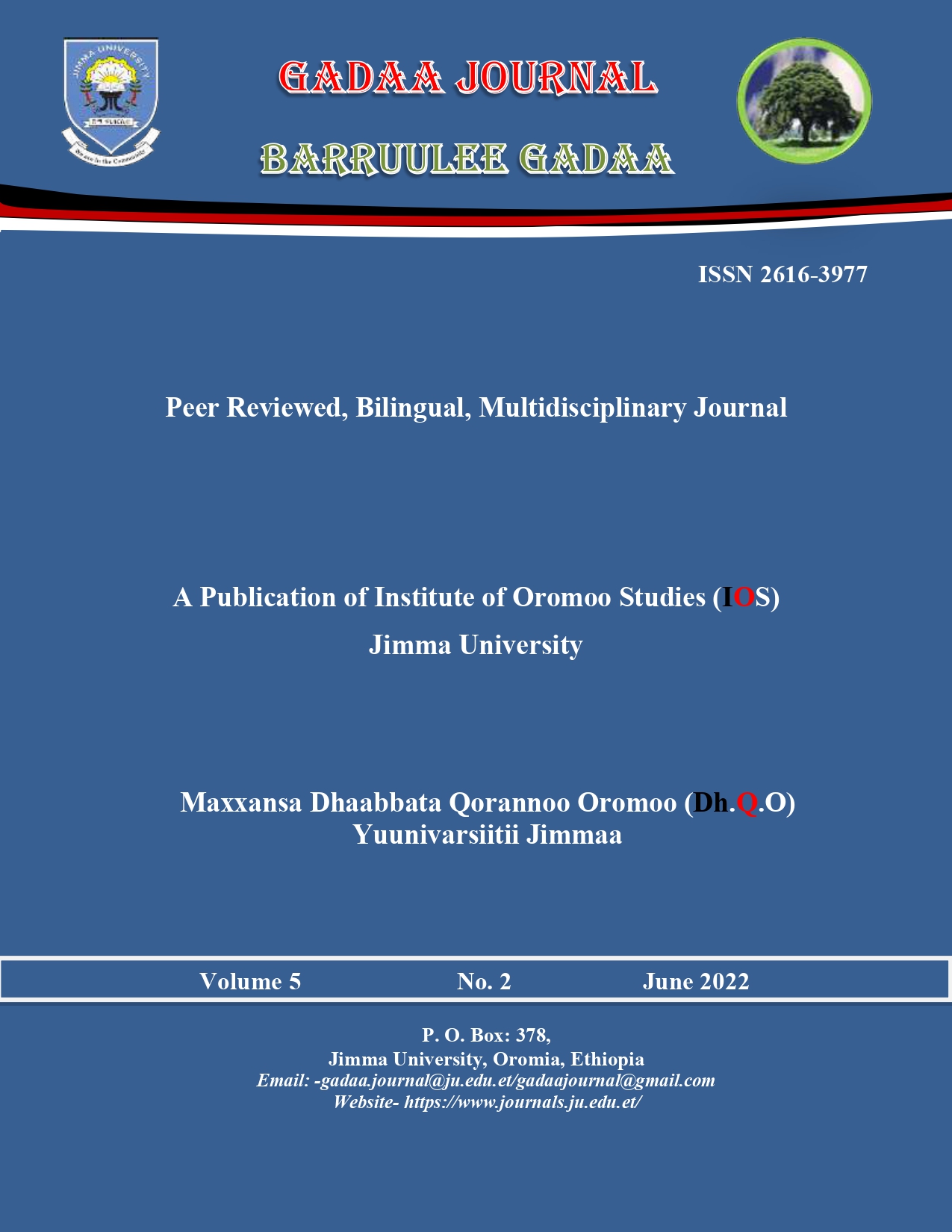 Indigenous knowledge is knowledge that is unique to a given society. It is the foundation for local-level decision-making in various situations such as in weather forecasting, agriculture, health care, food preparation, education, natural resource management, etc. The main aim of this study was to explore the indigenous knowledge practices of Borana community in predicting weather and managing drought disasters. Tools such as interview questions, focus group discussion and observation checklist were used. In selecting the study site, the researchers used purposive sampling technique and hence selected two kebeles: Did-Yabello from Yabello woreda and Haro Bakke from Gomole woreda. The result revealed that Borana people make forecasts by using the readings of intestines of slaughtered animals, observation of celestial bodies and changes of part of plants and animal body languages which indicate the occurrence of drought. The finding also showed that biological, atmospheric and astronomic indigenous weather forecasting practices which indicate the coming of drought are very important knowledge for the Borana community as weather information is vital information in preparation and prevention of disaster which is caused due to drought. Based on the information, they use coping strategies to reduce its damage. Problems of unreliability, poor documentation, oral-based knowledge transfer system, the influence of religion and modern education, ageing and extinction of traditional experts were identified as the challenges of Borana traditional weather forecast. Documenting the indigenous knowledge of weather forecasting and integrating it with the meteorology data is recommended in order to reduce the disaster that a drought causes.

IOS partners with departments, centers, institutes, and student groups across Jimma University and in the country and across the globe to reach new audiences and facilitate an exchange of knowledge about Oromos gadaa systems, history and culture nationally and internationally. Read  more about IOS here