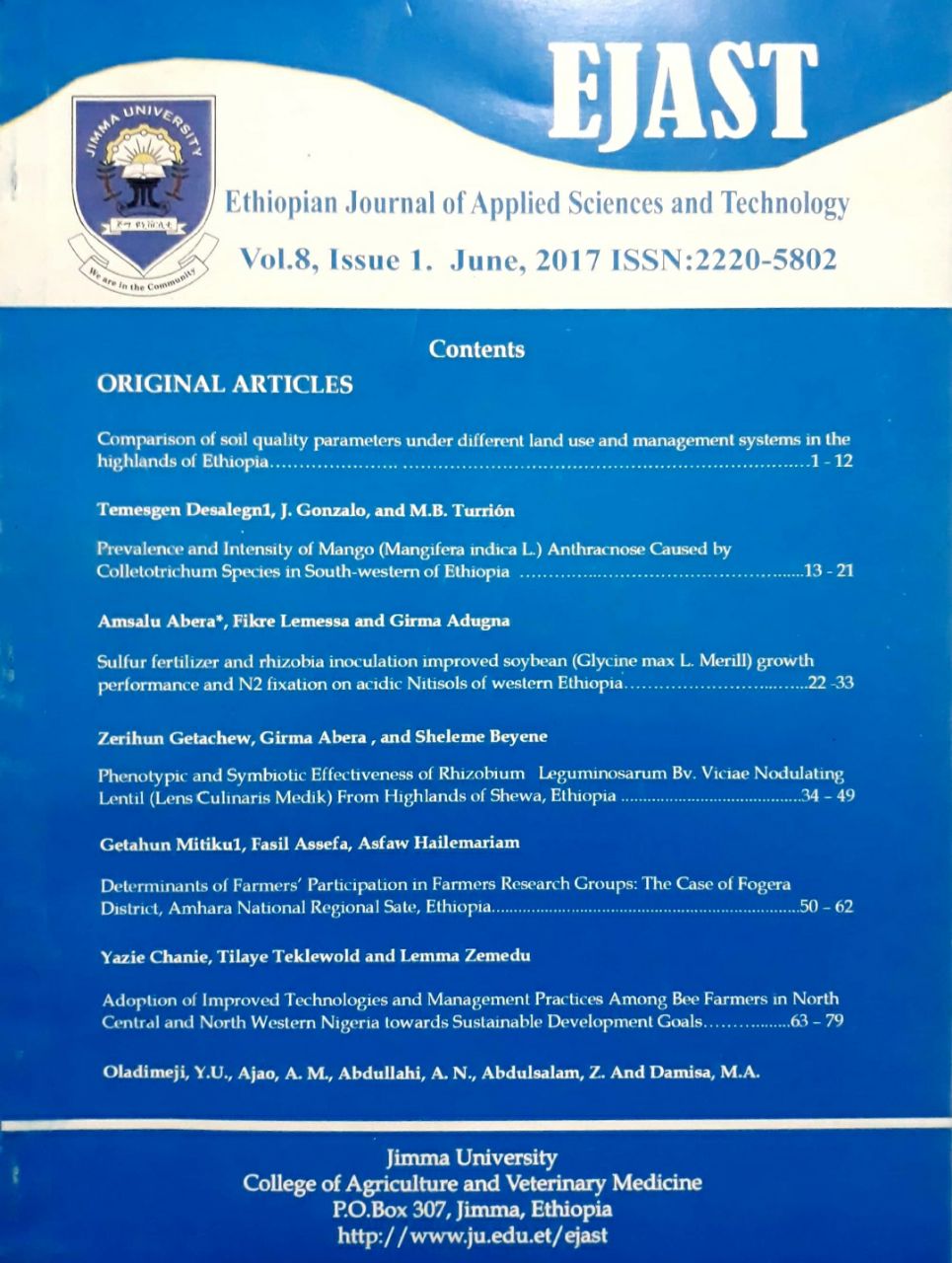 Weed population surveys were conducted in Metema and Humera cotton-growing areasduring the 2009 cropping season to assess the prevalence and distribution of weeds. Thesurvey was done at seedling and near crop harvest stages. Quadrant counts (0.25 m2) wereused in a systematic sampling technique to obtain representative samples in the fields. Weedspecies composition was analyzed using quantitative means and qualitatively identified at theNational Herbarium of Addis Ababa University. The most dominant families according to thefrequency and number of weed species were Commelinaceae, Compositeae (Asteraceae),Convolvulaceae, Cyperaceae, Fabaceae, Poaceae, Portulaceae and Tilliaceae. Most of the species (80%) were erect annual herbs and grasses, the rest were perennials that had vegetativepropagules viz. rhizomes, stolons or tubers, annual prostrate herbs, annual or perennialclimber or perennial shrubs. Within the weed spectrum surveyed in both Metema andHumera, dominant weed species were identified at both crop stages. The highest weeddensities were recorded near the crop harvest stage. Weed species composition variedbetween crop stages within the same location and across locations at both crop stages. Also,weed composition varied at both crop stages in both places. Thus, when devising a weedcontrol strategy, different weed management options would be considered for the locationsdiffering in weed flora composition.